Derek Gripper is known for his groundbreaking technique for evoking the West African kora on the guitar. He has transcribed the complex music of Malian kora player Toumani Diabaté and infuses his interpretations of Bach’s music with lessons from the oral traditions of Africa. He has performed with Toumani Diabaté’s Symmetric Orchestra and classical guitar legend John Williams, and tours worldwide.

Since his two recordings documenting his translation of the works of Toumani Diabate, “One Night on Earth” (2011) and “Libraries on Fire” (2016) Gripper has been creating a body of original work around the theme of extended cyclical structures. Taking his cue from the improvisational language of West African griots, as well as returning to his early work re-inventing South Africa’s own cyclical ‘koortjie’ tradition, Gripper continues to expand the guitar’s harmonic and expressive potential inspired by the simplicity of the acoustic guitar, one of music’s most personal instruments.

His recent recordings, including “A Year of Swimming” (2020) and “Billy Goes to Durban,” (2021) dovetail between original compositions, spontaneous improvisation and recitations of works by composers like J.S. Bach, Arvo Pärt, Salif Keita, Fanta Sacko and Baaba Maal, bringing seemingly disparate traditions and musical practices together in a seamless guitar experience like no other. 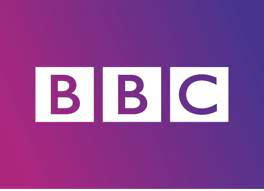 BBC 2
"One of the most interesting things I 've heard on guitar in twenty years "
John Williams
“..his playing has a depthless beauty, which does full justice to the complexity of Toumani’s compositions.”