In 2011, the cellist Gaspar Claus brought his father, flamenco guitarist Pedro Soler to New York. There, the two of them recorded “Barlande” under the guidance of Bryce Dessner (composer and member of The National). At the root of this journey was a legitimate desire to cross swords with his father: to reach across generations.

But above all was this brilliant intuition that by transposing his father’s fundamentally rural gesture and his age-old poetry to the hurly-burly of a younger continent, he would perhaps find a way to shed light on what unites his own practice of so-called free and new music with his father’s seemingly more archaic one. Good call: America, which can be considered as the primary cradle of modernity, resonates with ghosts – Charles Ives, Jazz and Minimalism, the most luscious Rock n’Roll have been basking forever, without knowing it and expressing it divergently, in the sophisticated rage of flamenco.

The least one could say, is that it is effective: the press hailed this contemplative flamenco record, luminous and moving, as serene as it is stormy, and the audiences followed, flocking to witness live performances during which the display of contained lyricism, virtuosity, humility and the quasi-telephathic connection between the two musicians erases all frontiers, cancels any division and lastingly moves the listener.

There has been much celebration of this collaboration as the successful encounter between two antagonistic genres. But instead, it’s this following uncompromising reminder which this duo hammers decisively: flamenco is less a codified vocabulary than a way to view the world and experience its passions through a nomadic lens.

Their new album “Al viento” was sketched out in Icelandic territory, with Valgeir Sigurösson in his Greenhouse studio, then later completed in Spain with Didier Richard, drives the nail home.
Another fine idea was to go hunting across an ancestral land of ice and fire for what might resonate with the dry and sun-soaked landscapes of primitive Andalusia (a self-evident rephrasing of the indisputable saying “extremes meet”).

Choosing as patron saint the character of the Petenera (cursed figure of Andalusia which inspired Frederico Garcia Lorca and still frightens the elderly, reaper of chaos because her love, too pure, was hurt), the two pirates invited the singer Matt Elliot (also known as Third Eye Foundation) to their bloody celebration, recording his incantations on a track whilst guitarist Serge Teyssot-Gay (former guitarist of Noir Désir) discreetly added layers of sombre textures and radioactive distortions between the strident lines, dissonances, percussions and vertiginous glissandi which Gaspar draws from a cello haunted by the voices of the most extreme cantaores (which he summons more than he replaces). Folkloric dances and traditional tunes are reinvested throughout these furious compositions, sounding sharper than Barlande could let us imagine.

Here Flamenco emerges once again as radiant music of uprooting and obscure sciences, the pain of which, expressed like a fluttering of impossible equations, galvanizes and spins around with fierce joy, in the fury of hammered wood, in the grumbling of strings and the handling of silences; in the rhythm of blood, the harmonic audacity and the raucous love of

standing upright. The sighs, outbursts, dips, elisions and surges of discord with which Claus’ cello hooks the paternal elements breathe life once again into this improbable and yet mineral truth: if these two, the father and the son, were not always playing quite the same music, they were certainly painting the same landscape.

Full of grace, shared vision of their roots 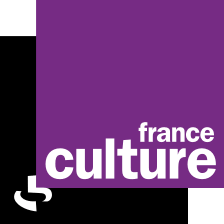